HyperRogue 8.3 is released on Steam and itch.io! 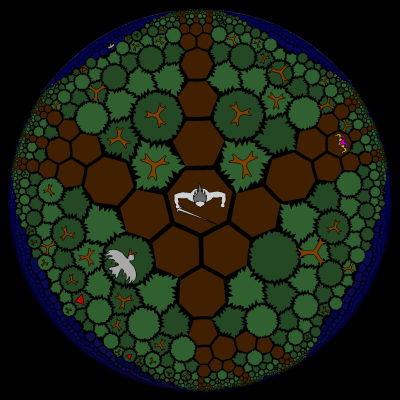 The Yendorian Forest is another platformer level, where you can climb giant trees. This land unlocks by collecting 10 Ivory Figurines. The unlocking rule for the Ivory Tower has been changed -- 30$$$ including 10 Elixirs of Life is required, and the Alchemist Lab is a basic land now. 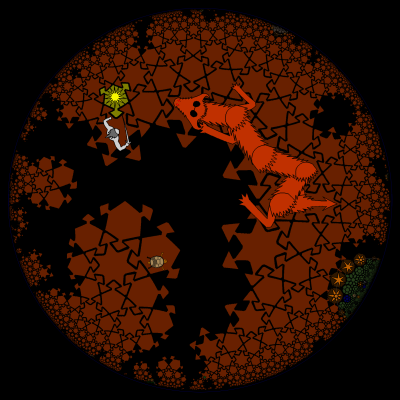 Dragons are powerful monsters. They are slow, but evil, and love to pick on creatures who are even slower than them. They must be stopped! The Dragon can make many different moves, and you have to attack all segments to defeat it. The Dragon Chasms unlock when you kill monsters of at least 20 different types, and include Fire Elementals, which are now necessary for unlocking the Elemental Planes. 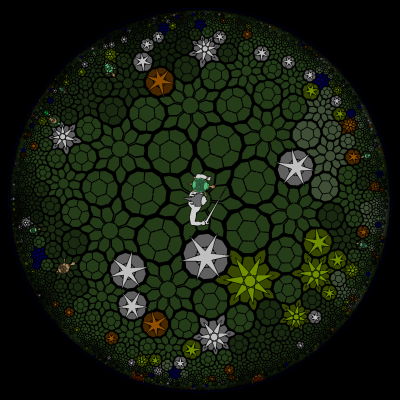 Galápagos is the land of Tortoises. They are very slow, which allows the Dragons to pick on them by stealing and eating their young. Bring the Baby Tortoises back, but, there is a catch: the Tortoises come in many varieties, depending on the part of Galápagos they live in -- there are 21 binary environmental factors, and thus 2097152 varieties. You'll have to find a Tortoise which matches the baby exactly! The more factors agree in the given location of Galápagos, the brighter it is shown on your screen. 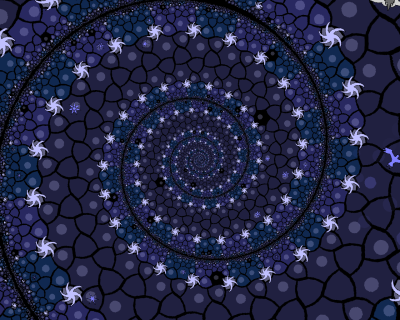 The historal/conformal mode is for hyperbolic geometry nerds. It allows to present the world of HyperRogue in some new graphical ways. It has quite a lot of options -- see the description here.

More changes: As usual, changelogs for patches are first reported on the Steam forums.
Posted by Zeno Rogue at 06:47