HyperRogue 8.0 is released on Steam! 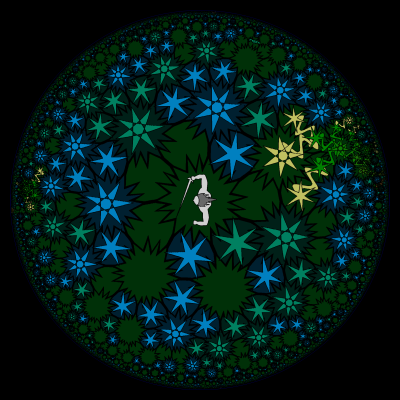 The Overgrown Woods is a new woodland, with its own kind of Ivy, which grows very fast. 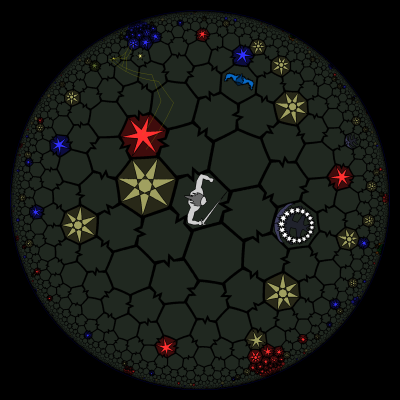 The Land of Storms is a land where you have to create a short circuit out of monsters, to kill them and collect treasure. 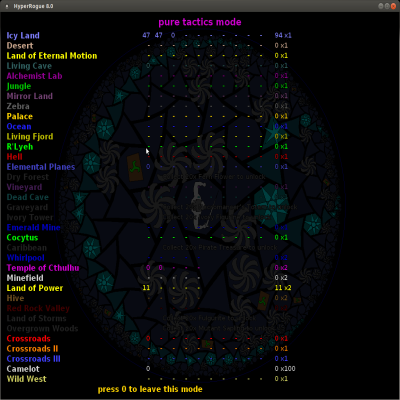 In the Pure tactics mode, you concentrate on a specific land. Your goal to obtain as high score as possible, without using features of the other lands. You can then compare your score with your friends! There is a leaderboard for it -- currently, only the total score is compared, but land-specific pure scores are going to be added in the future. 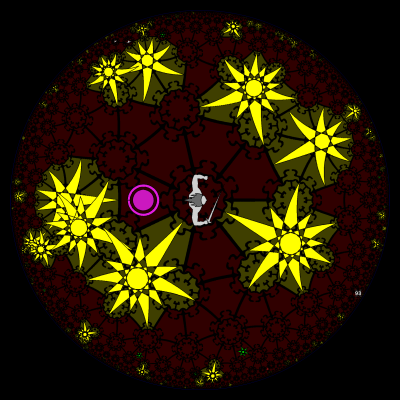 There are many possible solutions to the Yendor Quest. In the Yendor Challenge, you will try many of them! Each challenge takes part in a specific land, and you have to use what you have available. You need to obtain an Orb of Yendor in the normal game to activate this challenge, and (ever) collect 10 treasures in one or two lands to activate a specific level. After you complete each challenge, you can try it again, on a harder difficulty level. 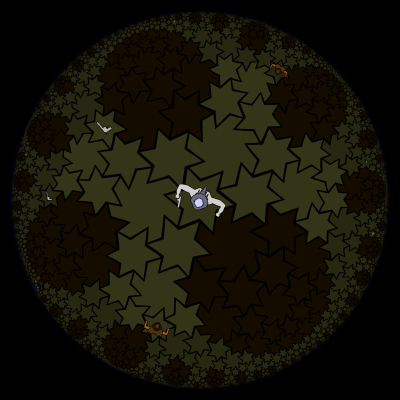 The Wild West. Take a revolver, and kill outlaws for bounties. Since this land is anachronistic, it is not available in the normal game (it is available in the Euclidean, Random Pattern, and Pure Tactics modes).

Also, T-shirts and other items in the CafePress shop have been recently updated with designs based on the new lands. If you like HyperRogue, please consider buying one! :)

Also, HyperRogue 7.4 is released for free! Compared to the last free version (6.x), you can now enjoy the 13 new lands including the sealands, the Ivory Tower, and the Princess Quest, cooperative Shoot'em up mode, and map/graphics editor. Have fun! In patches 8.0a-8.0m:
Posted by Zeno Rogue at 16:54 2 comments: