A small update: hex mode looks great but the eight-directional mode was not displayed correctly, this is fixed now.
Posted by Zeno Rogue at 07:46 1 comment:

Email ThisBlogThis!Share to TwitterShare to FacebookShare to Pinterest
Labels: vapors

The time of ARRP 2011 has come, and time to release a new version. Thus, a new version of Vapors of Insanity is released! 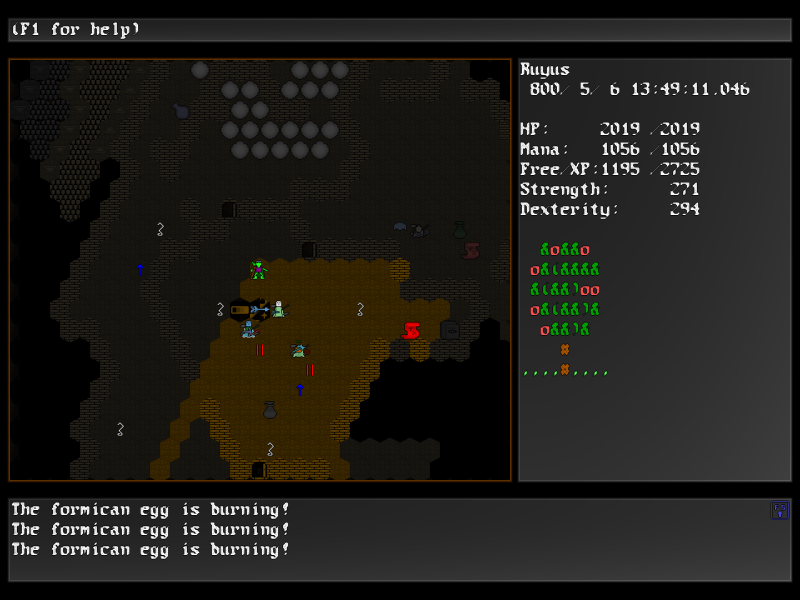 As you can see on the screenshot, the game now correctly displays hexes (as hexes, not as bricks), this is prettier and hopefully less confusing. Also a small icon shows health state and facing of all creatures (well, in this particular screenshot, only the player character). As for more changes...
Get it here!

I expect the development rate will drop now... But as always, if you have any ideas for improvements, please send them to me, this will probably make the next include the suggestion, and be released faster :)
Posted by Zeno Rogue at 02:46 No comments: