HyperRogue 7.3: save the princess, and save the map!

HyperRogue 7.3 is released on Steam! 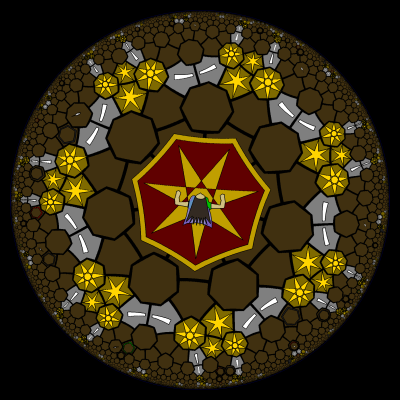 A mouse squeaks at you. It seems that it wants you to go somewhere. That's interesting, what could you find here?

Of course, some of the gates on your way will be closed, and you will have to go around them! From my testing, it appears that this quest should be always possible with the normal distribution of monsters and pressure plates, but since this is rather an early game quest, I have made it easier: the number of monsters does not depend on the number of Hypersian Rugs you have collected, and there are more opening plates. But if you want the challenge, select the Princess Challenge from the special game modes menu.

The Map Editor has already been present in the late patches to 7.2, but it is better now. Activate it from the "special game modes" menu (or by Shift+A in the cheat mode). There, you can place walls, items and monsters, copy parts of the map, save high quality screenshots (to BMP), and even save/load the map to a file!

HyperRogue 7.2 is released on Steam and itch.io! 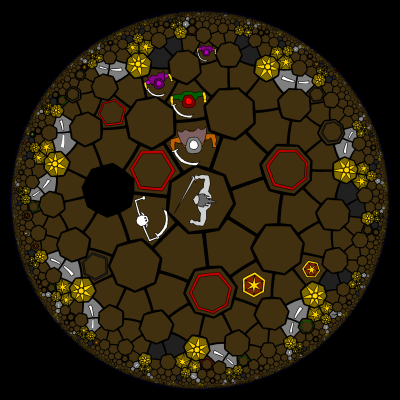 The Palace features trapdoors (similar to the Land of Eternal Motion, but taking just one cell), gates which can be closed or opened by standing on pressure plates, and several kinds of guards which require several hits (or trickery) to destroy. Killing a Vizier is an alternative way to the Emerald Mine and further to the Camelot. By the way, the quest should be a bit clearer now -- the ESC screen now displays the steps required to reach Camelot (after reaching the Graveyard), and the Knights will try to give you hints about how to reach lands which you have missed (and also they will say how big their Round Table is). The Palace is based on a new periodic pattern based on circles of radius 3, by Fulgur14; new pattern exploration modes are also added for this pattern. More lands based on it will probably come later. 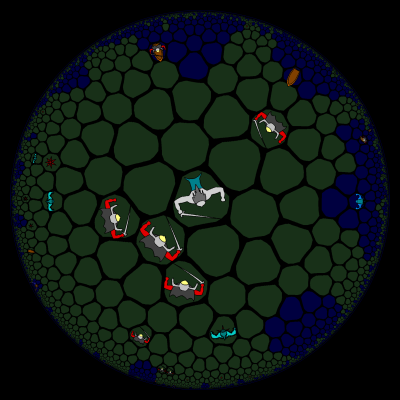 The Living Fjord is a coastal area, which can border both Ocean and the inland worlds. This land is generated similar to the Living Cave, but with water cells instead of walls. However, the process won't be affected by you or other monsters (so you will sometimes have to escape from the water), or by items (so they will sink and wait until you find some way to resurface them). The monsters act quite different from ones the the Living Cave, and you can find boats, too! 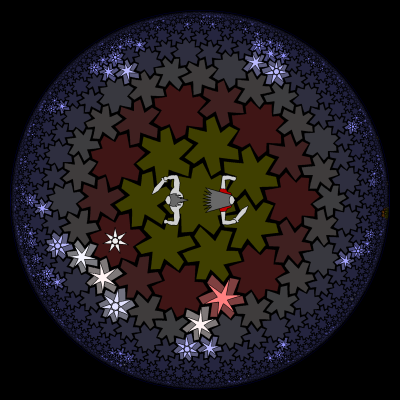 Moreover, it is possible to play with two players (cooperatively) in the shmup mode now! This is currently local only. Playing with two players is not as easy as it sounds -- it is a bit hard to see the hyperbolic straight lines along which your knives are flying, and you could even hit your friend; also, knives recharge slower and orbs drain faster in the coop mode.

Also, the shmup mode has received some more improvements. Coop required keys to be configurable, so you can redefine your keys and joysticks now (only in the shmup mode, but not only when playing with two players). Moreover, you no longer move slower when going backwards, and you can choose to use either the forward-backward-turn left-turn right, or the up-down-left-right cotntrol with the keyboard.

Translations are not ready at the moment yet. Have fun!