While this update probably does not add much for the "normal" players (except some minor bugfixes), it greatly extends the possibilities of experimenting with various geometries and tilings. HyperRogue started with the "hyperbolic soccerball" tiling; further versions have added Euclidean geometry (to see why it matters), heptagonal tiling, spherical tiling (as used in the Halloween minigame), and several quotient spaces. However, this was not enough -- for example, you could not recreate Escher's Circle Limit series in the built-in vector graphics editor because it used a different symmetry than HyperRogue, and other tilings are also definitely useful for educational purposes, and applications of hyperbolic geometry (such as visualization). Therefore, this update adds quite a lot of new geometries to play with! [Still no square grid, though :)] 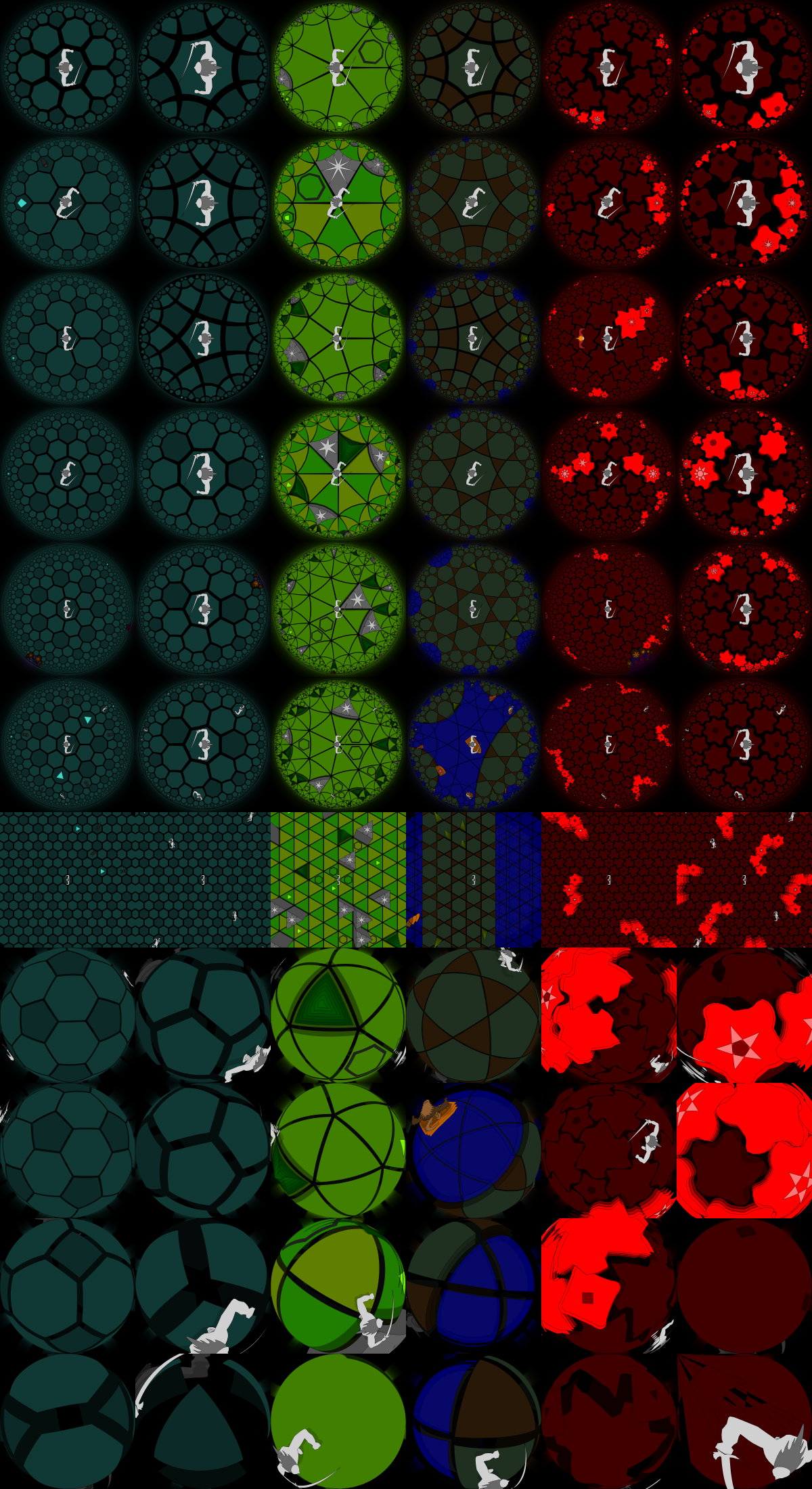 This picture shows all the tilings/geometries you can select in the Geometry Experiment menu in HyperRogue 10.2. The first two columns show the bitruncated and non-bitruncated variant of each basic tiling. Some of these look the same; this is because the image also shows some quotient spaces -- look for the player character appearing in multiple places :) These are available in all lands -- as shown in the two columns on the right, using the Red Rock Valley as an example. There are more tilings available, but only in particular lands -- we already know the Warped Coast (fourth column), and the new land, the Crystal World, uses the dual tiling (we could previously play in the dual tiling in the Graveyard, but the Crystal World is much more explicit). (The Crystal World does not appear during the normal gameplay -- it is very simple and designed rather for geometry experiments.)

On the Steam forum, players have already started creating ideas about the possibilities for new lands specific to the octagonal tiling. Have fun!
Posted by Zeno Rogue at 18:04 1 comment:

HyperRogue version 10.1 is released on Steam and itch.io! It includes four new lands, and many gameplay, user interface, and graphical improvements.

The volcanic activity in the Volcanic Wasteland is extremely unstable. Lava is too hot to walk on. It cools quickly, but another flow will come soon... 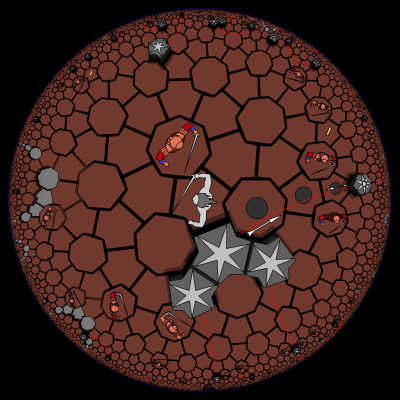 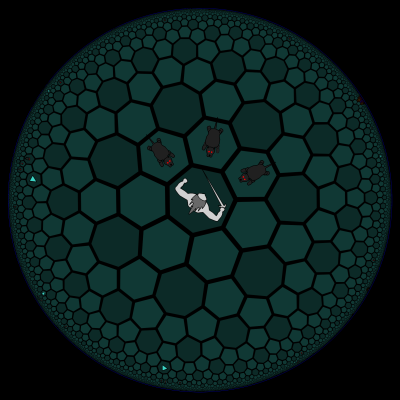 The Zebra is a mixture of the Land of Eternal Motion and... well, this new basic land is the answer! A very simple land, where you can learn the basic skills of fighting in open space. Many of these skills only work in the non-Euclidean world of HyperRogue!

Once in the past there lived a tribe whose prophets warned about the great Blizzard that was to come and freeze the world. They thought it was the wrath of the gods, so they put some altars, so that the gods could hear their pleas. The mighty golems guarded those altars, making sure nobody steals the jewels, because a robbed god is a angry god. Unfortunately winter has come (maybe because only the monks knew how to stop the golems, and they were said to had escaped earlier with some of the jewels). The tribe has frozen to death, altars got covered with snow and ice. Only ice golems still guard them waiting for the spring.

See the changelog on Steam forums or the website for more details. Also follow @ZenoRogue on Twitter -- pics of the new lands have been previewed there :) Features of these lands have been inspired (more or less directly) by ideas of Kojiguchi Kazuki, Snowyowl0, SurelyYouJest, tehora, and wonderfullizardofoz -- thanks to them! Android and iOS versions should be updated soon; updating of the free versions with these additions is delayed this time. Have fun!
Posted by Zeno Rogue at 11:33 1 comment: