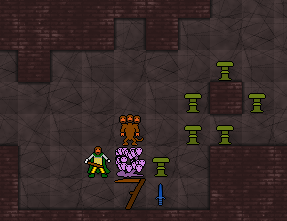 Hydra Slayer 18.0 is released on Steam and itch.io!

Hydra Slayer is a roguelike with a unique combat system, based on old matematical puzzles. The highlights of release 18.0 are the following: Have fun! Small updates will be posted on the Steam forum first.
Posted by Zeno Rogue at 04:57 No comments: Links to this post