HyperRogue 9.3 is released on Steam and itch.io! (Android and iOS versions will come later.) This update introduces three new lands, and several other minor features and bugfixes.

Additionally, an online demo of HyperRogue has been created! This allows new players to try out HyperRogue's gameplay without downloading it. 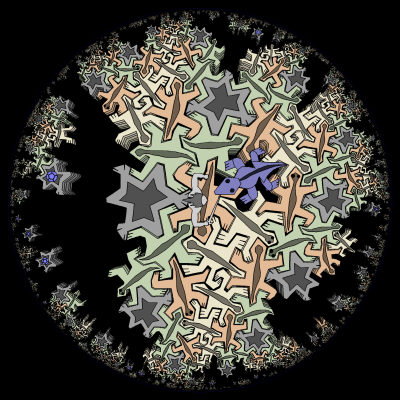 These reptiles are quite strange creatures. They spend most of their lives sleeping, as floors that other creatures can walk on. Sometimes they wake up to hunt their prey, but they will happily go back to sleep if they happen to move into a hole on their way. Your attacks do not kill the Reptiles, but you can push and stun them. 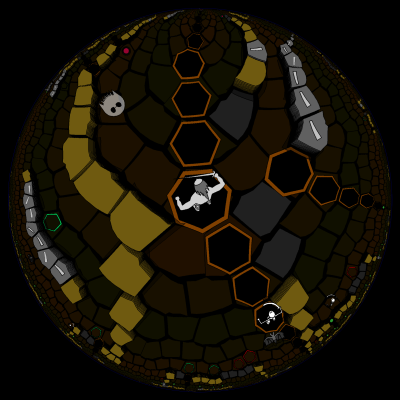 Take the gravity mechanics from the Ivory Tower, but reverse it: you are going deep into the Dungeons now! This is combined with ideas from the Palace: use floor switches to open or close passages, and the Skeletons have to be pushed into holes, so that they won't be able to return. But be careful, and don't fall yourself! 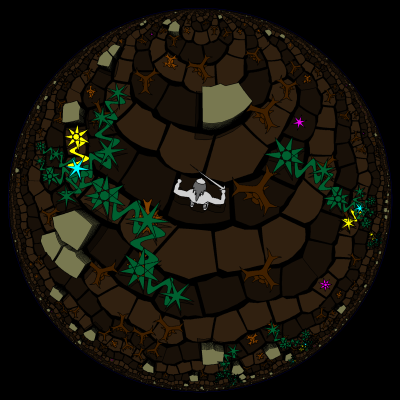 Gravitational anomalies in the Jungle create mountains overgrown with ivies and bushes. Will you dare to climb the ivies to get the amethysts hidden above?

The Reptiles land is based on an old idea of tricosahedron, inspired by a print by M.C. Escher. Dungeon and Lost Mountain are based on ideas by wonderfullizardofoz. If you have more ideas for new lands, please share!

HyperRogue 9.3 also has several more improvements. Columns appear on the coasts of R'Lyeh so let you know that you are near. Slow monsters, Ivies, and Worms now use a specialized pathfinding algorithm, so they won't try to catch you through trapdoors or against gravity. Orbs of Yendor no longer block the player movement. See the Steam forums for more details.