HyperRogue 8.1 is released on Steam! 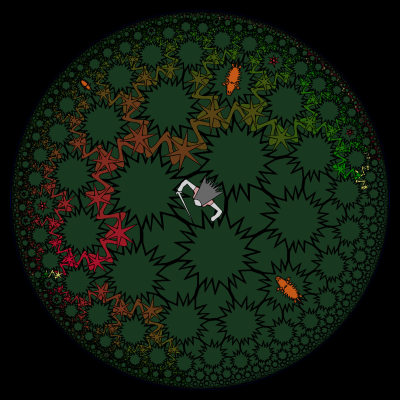 The first new land is the Clearing in the Overgrown Woods. Basically, one infinite Mutant Ivy. And some small annoying foxes. 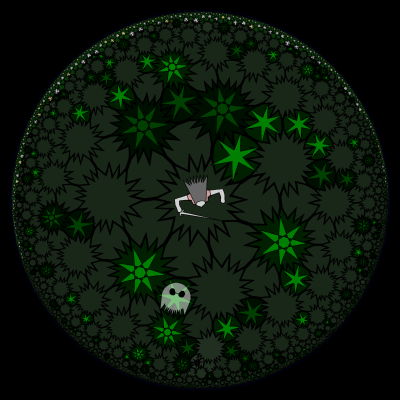 The Haunted Woods is a subzone of the Graveyard. A dark forest filled with ghosts and graves. But there is also treasure hidden deep within... But don't let greed make you stray from your path, as you can get lost!

This land is based on an idea of wonderfullizardofoz, although there are some small differences. 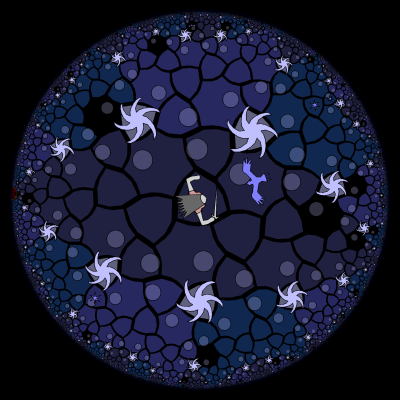 Someone has put air fans in these plains, causing strong winds everywhere. You think that the purpose is to harness the magical power of Air Elementals, but you are not sure.

This land is inspired by an idea of snowyowl0, although again, there are some differences (winds blow according to a pattern).


Also, there have been some improvements to the Shmup mode. Separate scoreboards have been added for coop shmup, pure tactics mode (single and two-player shmup). Since four players are supported now, all player characters can now be customized separately, and some new characters have been added (cat, dog, and Prince/Princess if you have completed the quest -- these new characters work in the normal mode too). You can assign a key for targetting special orb powers (previously you could only target with the mouse, which was inconvenient in multiplayer).

Other changes include new shapes for Orbs (so that it is easier to tell them apart), and four new Yendor challenges. Have fun playing, and happy holidays!

More changes:
As usual, there will be probably some patches -- they will be announced in the Steam thread first.
Posted by Zeno Rogue at 05:51